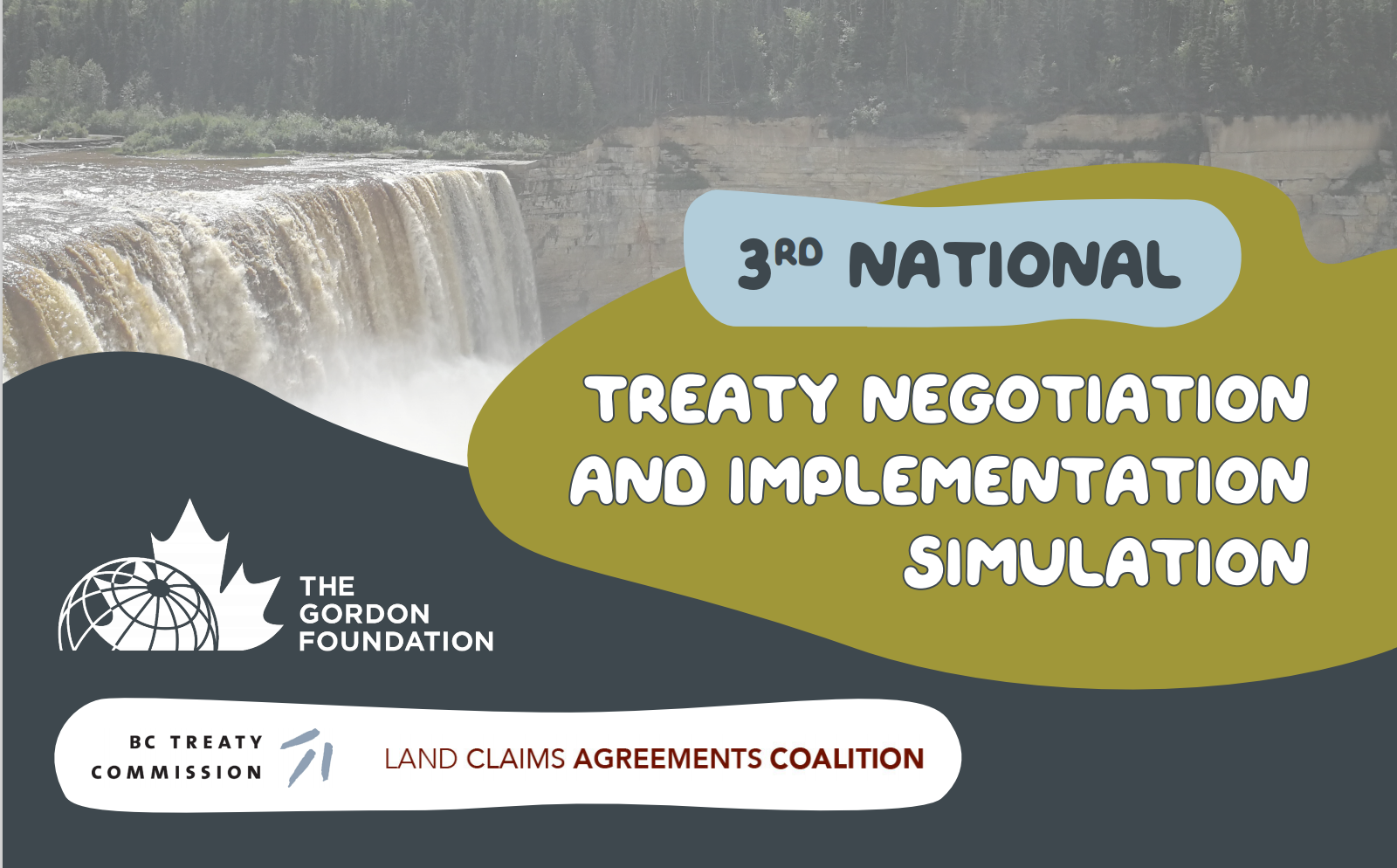 The third national Treaty Simulation is providing emerging Indigenous leaders with an opportunity to experience what it is like to negotiate and implement a treaty.

The Treaty Simulation, organized by The Gordon Foundation, the Land Claims Agreements Coalition, and the BC Treaty Commission, runs online from March 9 to 12, following a preparation day on March 3.

Participants aged 18-29 from British Columbia, Yukon, the Northwest Territories, Nunavut, and Saskatchewan will develop the education chapter of a self-government agreement (within a modern treaty) for a fictitious Indigenous Nation. They will take turns representing the Government of Canada, the Government of the Northwest Territories, and the Indigenous Nation, as they first negotiate a vision for education, before agreeing on a plan to implement it.

Modern treaties (also known as Land Claim Agreements) are important shapers of the relationships between Indigenous peoples and Canada. Since 1975, 26 have been signed, recognizing Indigenous ownership of more than 600,000 km2 of land.

It is imperative that emerging Indigenous leaders have treaty negotiation and implementation knowledge, as future agreements will define the rights of many Indigenous peoples and create paths for self-determination.

“The intergenerational transfer of knowledge that occurs during a treaty simulation is as valuable as the skills that participants learn,” explained The Gordon Foundation’s President and CEO Sherry Campbell, “the next generation of Indigenous leaders are inspired to shape the future of their communities.”

“Self-governance and reconciliation through modern treaties is the foundation for a better future for our children, grandchildren and generations to come. By preparing our emerging leaders, we are not only strengthening Indigenous Nations, but also creating even brighter futures for all,” shared BC Treaty Commission, Chief Commissioner Celeste Haldane.

The Gordon Foundation is a charitable organization dedicated to protecting Canada’s water and empowering Canada’s North.

The BC Treaty Commission is an independent body that advocates for and facilitates the recognition and protection of Indigenous rights and title, and the implementation of the UN Declaration on the Rights of Indigenous Peoples through the negotiation of modern treaties, amongst Indigenous Nations and the governments of Canada and BC. It is the only independent tripartite statutory body in Canada mandated to support reconciliation.

Find out more at Understanding Our Treaties.