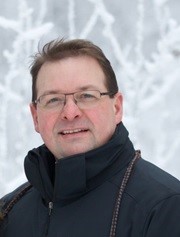 Dr. Dragon began his career as a wildlife biologist for the Government of the Northwest Territories while completing his Ph.D. in Wildlife Ecology and Management from the University of Alberta. After working in senior management positions with the territorial departments of Resources, Wildlife, and Economic Development and the Ministry of Aboriginal Affairs in Yellowknife, he relocated to Ottawa, where he spent 14 years holding executive positions within the departments of Agriculture and Agri-Food Canada, Human Resources and Skills Development Canada, Aboriginal Affairs and Northern Development Canada, Treasury Board Secretariat, and National Defence.

Dr. Dragon holds a Bachelor of Science degree with a dual major in natural resources and business management/marketing from Cornell University and is a graduate of the Government of Canada's Accelerated Executive Development Program. While at Cornell, Dr. Dragon was drafted by the Pittsburgh Penguins of the National Hockey League and spent two years playing in the minors.

Dr. Dragon was born in Fort Smith, Northwest Territories, and received a Queen's Diamond Jubilee Medal for his community service in 2012. He is married with three children, and is actively involved in the Aboriginal community and coaching minor hockey.