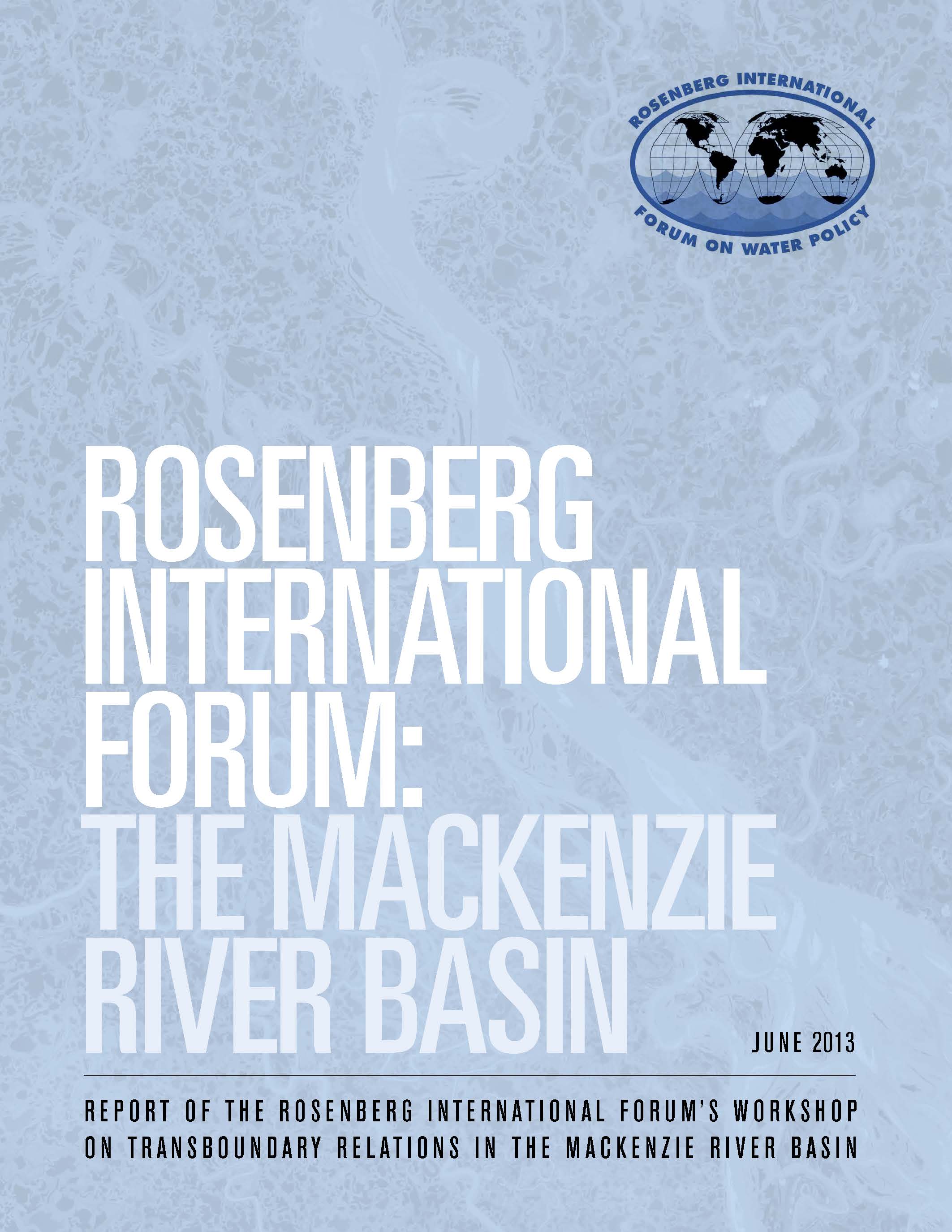 The Rosenberg International Forum on Water Policy released this report based on the findings of a 2012 workshop on transboundary relations in the Mackenzie River Basin. The workshop, which took place in Vancouver from Sept. 5 to 7, 2012, convened several experts in the fields of law, economics and various scientific disciplines with the goal of looking at the legal and scientific principles relevant to creating a co-ordinated basin-wide approach to management. The workshop was co-hosted by The Gordon Foundation and Simon Fraser University’s Adaptation to Climate Change Team.

The Mackenzie River Basin is Canada’s largest drainage basin at 1.8 million sq. km – 20 per cent of Canada’s landmass – and is among the most intact large-scale ecosystems in North America. While the Basin is relatively undisturbed ecologically, it is at risk from both a warming climate and extractive and hydrological industries. These large forces of change threaten the Basin’s ecology, as well as its role as a homeland to aboriginals and northerners who rely on the land and its resources to provide food, clothing, water and other necessities of life.