DataStream’s organic growth strategy is a path to success 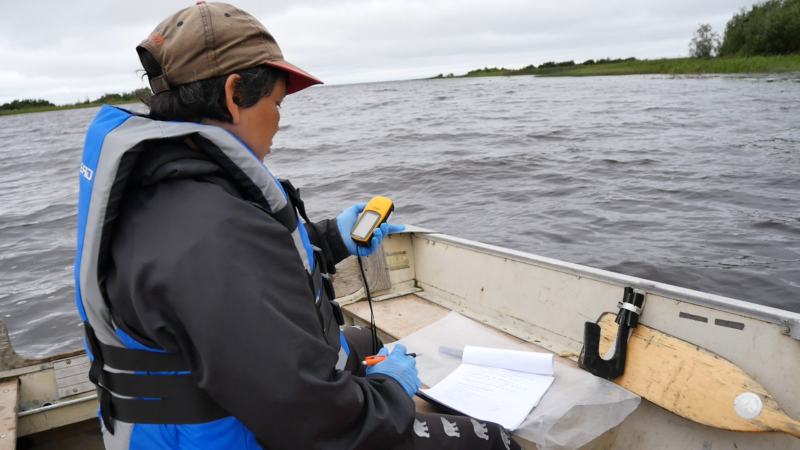 DataStream, the open access platform for sharing water quality data led by The Gordon Foundation, started out small. Mackenzie DataStream launched in 2016 through an innovative partnership with the Government of the Northwest Territories, and, by the end of that year, the pilot project contained 120,000 data points.

Today, DataStream is integral to the delivery of the Northwest Territories Water Strategy and the platform contains over nine million data points across three hubs – Atlantic DataStream came online in 2018 in partnership with Atlantic Water Network, and Lake Winnipeg DataStream joined a year later, with the Lake Winnipeg Foundation (LWF) as the partner organization.

DataStream’s success is based on organic, incremental growth underpinned by some key principles.

DataStream started with a big idea and a small team – initially, only one or two full time staff within The Gordon Foundation were dedicated to DataStream.

However, the Foundation did not have to work alone; it had allies who were motivated to overcome data access issues. This group grew to include advisors, collaborators and partners from across the country. This expansion happened gradually and with each new collaborator, DataStream adapted to address new demands and needs.

Collaborating with regional partners has been fundamental to DataStream’s success to-date as well as its ability to grow. A long-term relationship with DataStream partner the LWF preceded the launch of Lake Winnipeg DataStream and meant that when LWF needed a data sharing solution for their new monitoring program, DataStream was a natural fit.

DataStream is mission-driven – with a belief in the value of open data and community based water monitoring, and the importance of using the knowledge created to drive policy and action that protects the watersheds we all depend on.

However, within that focus, there have been many opportunities for divergence, and deciding what not to do has been as important as selecting where to put resources. For example, when DataStream launched, there was the temptation – and a desire from other organizations – for the platform to include additional data types, such as fish and even caribou. Interpreting data is a function that DataStream was also encouraged to undertake, but instead, it is a neutral platform, as neither a data producer nor data user. Such strategic focus has been key to DataStream’s success and the platform’s growth trajectory.

There is also the temptation, common with most technological developments, to take on many big issues at once. Perhaps because of the small size of its core team, DataStream has had to focus on doing a few things very well, and has demonstrated that starting small can be an advantage.

A model that works

Fundamentally, DataStream is successful because it fills a clear need with a solution that works. Despite extensive water monitoring across the country, it can be surprisingly difficult to find water quality data, or a place to easily store and share your data.

A presentation about Mackenzie DataStream was the seed that led to the development of Atlantic DataStream, after attendees – including from DataStream partner the Atlantic Water Network – saw that the platform would meet their data storage needs. Such demand-led, organic growth has helped ensure DataStream’s expansion has been in the right place, at the right time.

As for the future, there are plans for the launch of a Great Lakes DataStream hub in 2021. Although it will bring unique opportunities and challenges, there is a clear blueprint for success, honed over many years.