DataStream teams up with RBC Tech for Nature

We are delighted to announce that we are partnering with RBC through Tech for Nature, to help drive the expansion of DataStream.

DataStream, an open access platform for sharing water data, currently operates in three regions–the Mackenzie basin, Atlantic Canada, and the Lake Winnipeg basin. The RBC Tech for Nature donation from the RBC Foundation is a multi-year commitment that will allow DataStream to expand across the country. Beginning in the Great Lakes, our proven model will grow to support a nationwide, innovation ecosystem.

This is the latest stage in a long-term, highly productive partnership between DataStream and RBC. RBC Foundation has played an integral role in DataStream’s growth by contributing to the design and development of the blockchain technology that is integrated with the platform.

Blockchain technology enables DataStream to bring a new level of data security and transparency to water monitoring data in Canada. DataStream’s use of blockchain technology provides a way for people to verify that the data they are accessing on the platform is the same data that was originally uploaded and that it hasn’t been altered or tampered with. 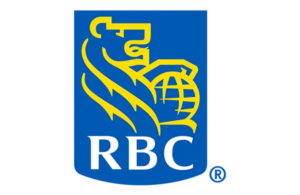